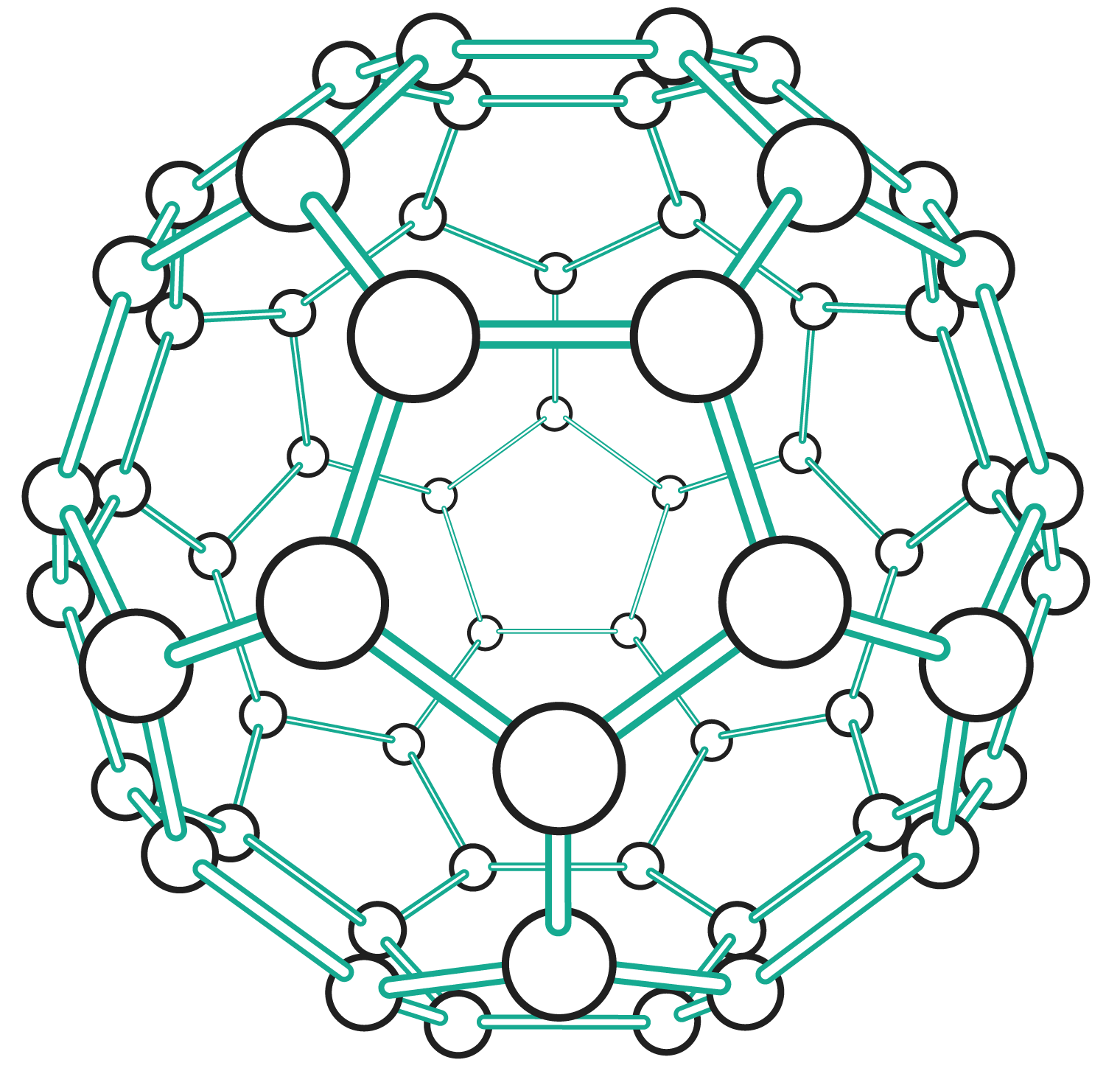 In 1992, fullerenes were found in a family of minerals called Shungites of Karelia, Russia. Shungite is said to be around 2 billion years old, making it one of the oldest substances ever found on earth. The value of the fullerene containing shungite mineral has been known for centuries to the Russians (although without a scientific explanation).

Lake Onega in the Karelia province of Russia contains a large deposit of shungite within the lake. The lake water has been known to have healing properties, and people are able to drink the water without first purifying or boiling it. During the reign of Peter the Great, the emperor of Russia, he made a mandatory requirement for his soldiers to carry a piece of shungite on their person at all time for the purification of their drinking water.

So what’s so amazing about this molecule anyway? 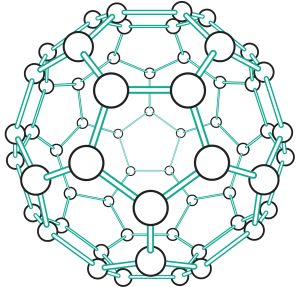 The C60 fullerene is comprised of 60 carbon atoms arranged in the shape of a sphere, like a soccer ball, making it a rather unique arrangement of atoms. The fact that it’s discoverers received a Nobel Prize indicate the importance of it’s discovery. Many fields of science including nanotechnology, materials science, electronics and heathcare industries has been undergoing intense research into it’s properties. Even the media has informed us of the concrete merits of C60 fullerene over the years.

For the sake of brevity we will only explore the health related properties. Pharmaceutical companies has been pursuing the use of fullerenes as a drug delivery agent by attempting to make patentable drug based modifications of the naturally occurring molecule. The fact that the fullerene has a cage like structure allows drugs to potentially be stored inside the “cage” allowing them to be transported through the body to the site where the drugs are needed. There are several problems with this drug delivery approach though:

C60 in it’s natural form is completely non-toxic, and while modifying it to become a drug delivery vehicle may be a novel idea, the fact remains that when C60 does get modified it becomes quite toxic. The study of C60’s toxicological properties has been a primary focus for healthcare applications. The results of some of these studies has started a wild fire in regards to anti-aging research.

A french scientist, Tarek Baati, led a study to determine whether C60 was toxic or not. Using the typical scientific method, Baati and his team created three groups of rats. One group would receive water (control), another group received olive oil, and the last group received C60 dissolved in olive oil. Now, typically a lab rat will live to be around 2 years of age, which the control group did, just as expected. The group consuming olive oil followed suit shortly after. However the group taking C60 dissolved in olive oil lived 90% longer than the control group! And not one of those rats of the last group had any tumors (which why most lab rats die), every one of them died of old age. In fact, Baati et. al. killed the last rat because they couldn’t wait to publish the results – and they couldn’t do so until all of the rats had died.

The rats that lived 90% longer

Read the ground breaking study preformed by Baati et. al. in which their third group of lab rats lived almost twice as long as the other two groups! Anti-aging implications are amazing!

On top of that, there is more than just a little bit of evidence published in medical research that naturally occurring C60 can prevent certain illnesses such as cancer as well as increasing longevity.

Studies carried out with antibodies against fullerenes suggested that water-soluble fullerenes can readily pass cell membranes and are preferentially located at or near mitochondria (Foley et al., 2002) – the cellular organelle responsible for aerobic respiration and the site where most of the biological processes concerning Reactive Oxygen Species take place. These initial studies demonstrated substantial antioxidant activity both in vitro and in vivo, encouraging a flurry of new work in this area.

Due to their inherent structural properties and their ability to act as radical sponges, fullerenes and their derivatives were proposed to have potent antioxidant and neuroprotective activities in biomedical applications. In fact fullerenes have been shown to be hundreds of times more powerful than Vitamin C and Vitamin E in their anti-oxidative properties based mainly on their ability to be re-used over and over.

A typical antioxidant gets “canceled-out” when coming in contact with a free-radical. This is not the case with the fullerene. It can absorb many free-radicals before passing out of the system, carrying the radicals away with them.

Structured Water: The Single Most Important Element for Your Health