SCENAR is an acronym for Self-Controlled Energy Neuro-Adaptive Regulator. The technology was originally developed for the Russian Space Program to help cosmonauts maintain their health while in space, but these days but many health facilities and multiple private individuals deploy this technology daily with a great success.

SCENAR is reported to be one of the most effective complementary therapies, with success reports ranging from simple injuries and pains to difficult neurological problems. It not only deals quickly with fresh injuries and acute pain, it helps resolve chronic issues where nothing else seems to work. SCENAR has been used successfully in the treatment of: Cardiovascular System, Dental Diseases, Endocrine System, Gastrointestinal System, Immune System, Musculoskeletal Disorders, Nervous System, Respiratory System and Urogenital System.

During a SCENAR session, the recipient feels only a gentle tingle and/or stroking sensation, as the device is moved over the spine, abdomen, infected area or other relevant portions of the bare skin. The SCENAR’s signals changes in response to body changes, thus preventing adaptation or habituation.

In a few words this is a very advanced biofeedback technology that has been polished for the last 40+ years, which interacts directly with the patient’s brain and activates their body’s healing mechanisms. 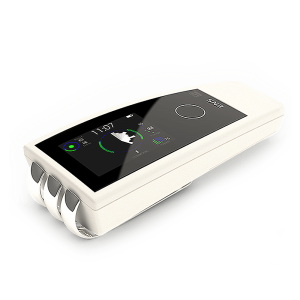 SCENAR works by stimulating the immune system and assisting the body to heal more rapidly and it does it well. After SCENAR technology had been around for 20 years, Dr. Karasev invented a new technology called COSMODIC, for improved healing with complex issues and chronic conditions. The most recent generation of this technology can even help body regenerate tissues and organs, and it accomplishes it rather fast. It mimics the body’s own physiological healing signals, which are much more subtle yet have a more profound effect. This technology operates at the cellular level, and therefore can restore cells to their normal functionality, which leads to cellular regeneration, and in advanced cases triggering stem cells to regenerate damaged tissues.

Further there are passive and active versions of the technology. Most devices are passive, which means that the signal is continually adjusted until the right location is reached (think many strokes to get the golf ball into the hole and the ball can’t be controlled while it’s moving). And then there is the active version, where the subsequent signal is created based on a more complicated extrapolation of all the previous signals and body responses (think the same game of golf except the golfer carries the ball in hand rather than hitting it, but this time the ball is heavy so he needs to take several breaks before reaching the pit, so it will still take a few iterations but it’ll be much more efficient time-wise – i.e. much faster healing).

How Does SCENAR Therapy Feel?

SCENAR therapy is non-invasive, non-damaging, and non-addictive. The device is touched to the skin and the electric signal it emits is felt like a gentle tingling. Problematic areas of the body may feel slightly more sensitive, but still gentle.

There should be no side-effects, other than possible fatigue if one overdoes the therapy – body needs time to do its restorative process, so one shouldn’t rush the process. Since the impulses sent by the device are similar to the body’s own impulses, these are quite safe, even for children.

It’s not recommended to use SCENAR devices with:

How Many SCENAR Treatments Will I Need?

It depends on the severity of the condition and how long it has been present. A lot of people get a huge improvement after just one treatment, and for acute problems usually disappear in 2-3 sessions. Difficult chronic conditions could take up to 10 treatments, after which if the condition is still there the overall state is usually much improved. Treatments can be given every few days, but not too too often since the body needs time to do the healing before it’s ready for more input.

Most treatments are about 30-60 minutes.

Any other therapies can be combined with SCENAR treatments.